Kris called a meeting with his top elves. These were the folks, assuming elves count as folks, who have had centuries of experience filling Santa Enterprises' magic bags to the brim for all the nice girls and boys. And, as Kris thought back, this team had never missed a single Christmas. Through massive snow storms, candy cane shortages and even the great reindeer food shortage of 1954, they always came through; never, ever missing a single good little boy or girl.

Even though he was madder than a wet reindeer, Kris sent a politely worded invitation to the new elfin expert down in procurement, a certainElf Pricedrop. 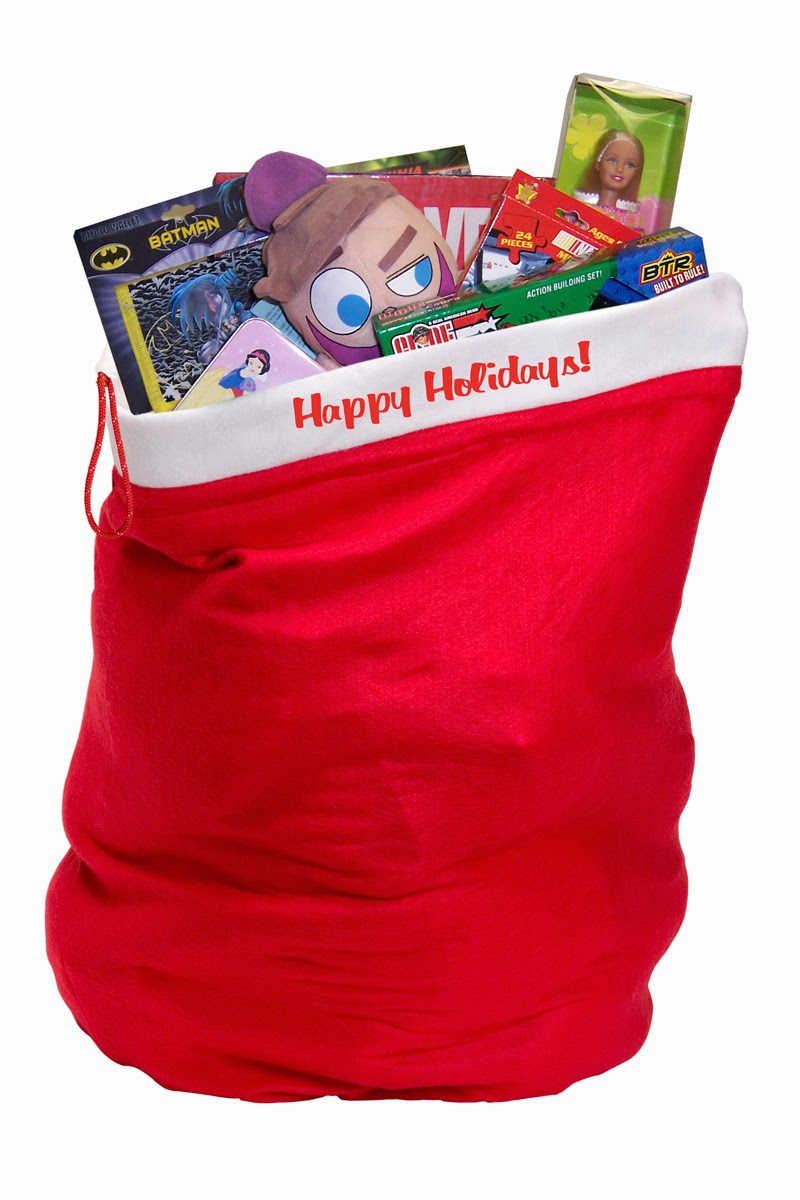 Please be aware Santa Enterprises hadn't held a meeting in December for eons. Kris believed in Santa. Under his magically jolly leadership style, the top elf in every workshop was empowered to make their own decisions. These elves believed in Santa too. This is the busiest of seasons, so no one was taking this gathering of top elves lightly.

The meeting was scheduled for 8:15 North Pole Time. And as the various elf types started entering the big conference room, the mood was different than normal. And, while the room was dressed in tinsel, garland and glistening lights, the atmosphere seemed a lot less than cheery and bright. Even Elf Buddy, the jokester of the group, wore a solemn look. The ever present plate of warm cookies, milk and hot cocoa sat on a side table, but not even Elf Mary, who leads up Mrs. Kringle's kitchen, nibbled on one. 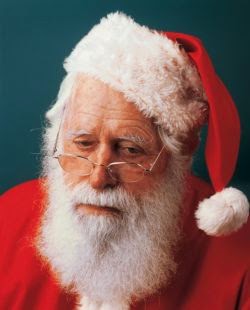 At promptly 8:14, Kris Kringle and his faithful companion Rudolf entered the room. Even Kris' entrance seemed off the norm. Generally, Kris arrived at the meetings early. The Kringle approach called for elfin small talk, sharing a hot cup of cocoa and the bright light of Christmas time anticipation. One elf was fond of saying, Kris' magical presence filled the room like a barrel full of Ho, Ho, Hos. But not this time.

As the big old–time grandfather clock struck 8:15, Kris stood up and began to address the group. He said, "After nearly two thousand years of operation, we face the biggest crisis ever faced by Santa Enterprises. We are critically short on parts, a couple of our toy making machines are completely broken, and we are less than two weeks from Christmas Eve. We stand to single–handedly ruin Christmas for tens of thousands of good girls and boys." 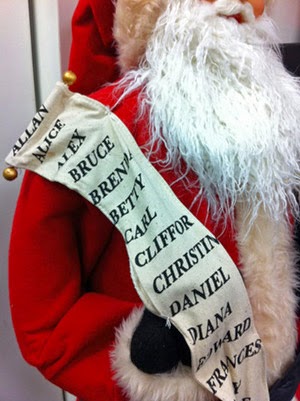 Instead of punctuating each sentence with a "Ho, Ho, Ho," all the elves could detect a strange crack and a touch of a tear forming just above Kris's big bushy white beard. But, Kris continued onward, "Our list of the Nice Boys and Girls is massive. These kids have been on their very best behavior and all of them expect Santa to deliver their packages on time. You are my most trusted elves. Together we have solved some mighty big problems. We can't let this Christmas Season go down as the year Santa didn't show up. I am opening the floor for suggestions. What can we do?"

Almost immediately, the new elf from procurement, we'll call himElf Pricedrop jumped from his chair, stood up, primped his fancy tie and adjusted his finely tailored jacket. "We've made a lot of major improvements in the way we do things. We are doing business with some of the top suppliers on the planet. The work my team has streamlined the way we handle our orders. We've saved Santa a bundle. Why, aren't the rest of you holding up your end of the bargain?" he complained.

Based on the look of the rest of the top elves,Elf Pricedrop's words were going over like a North Pole snowball to the face. Kris Kringle asked for more feedback. 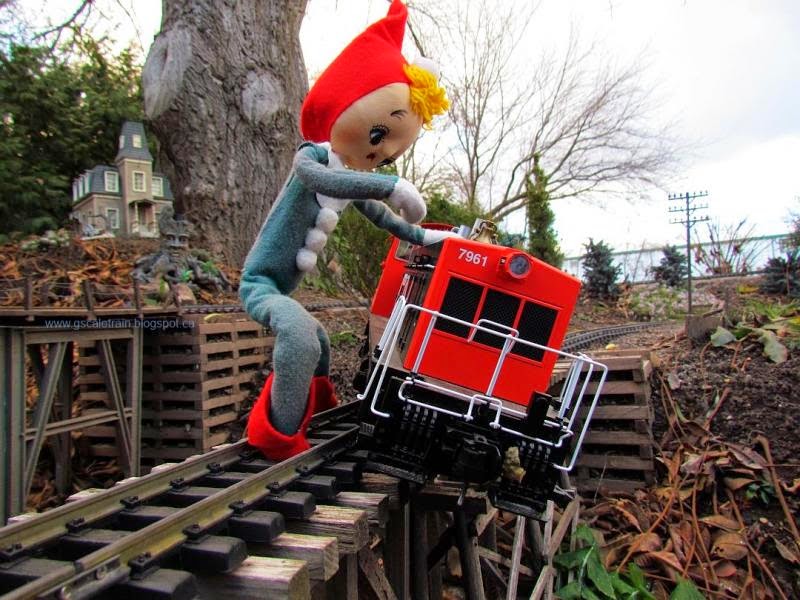 Elf Evergreen, whose record at the Major Toy Shop was legendary said, "Our toy train machine has been broken or running at half speed since the end of October. We've called our new supplier a dozen times and the best they can do is email us an updated user's manual. The shipment of wheels for the toy cars was supposed to be here two weeks ago. The vendor says they are working on getting us some, but not until two days after Christmas. And the new internet–based guy you procurement types have sending us red paint for the fire trucks isn't answering emails or the phone."

Elf Mary Sugardrop from Mrs. Kringle's kitchen joined the discussion, "The candy making has ground to a halt because the sugar plums that give everything a unique Christmas–time flavor has a strong hint of spinach. We wouldn't even send this stuff out to the naughty list."

Elf Pricedrop stiffened in his chair as one by one the elves doing the real work listed issues with his new crop of low cost and efficient suppliers. Finally, he said, "Every new system has a few bugs to work out. We have saved so much money on this we can afford experts to fix things and life will be good…" But before he could finish, Kris waived his magical hand. Silence. Then the big guy spoke:

"We don't have time to fix things. We can't postpone Christmas. When Christmas Eve rolls around, it will be now or never. And, we're not going to disappoint anyone. Not while I still have a single ounce of life left in this formerly jolly body. Failure is not an option. Anybody else got an idea?"

The only elf yet to talk was Elf Alabaster Snowball. Unlike the other elves present, his work didn't revolve around making toys. His department maintained the famous Naughty and Nice list. He was both the most stern and jolliest of all the elves. Good girls and boys brought out the jolly side. And, well let's just say, the naughty list put him in a pretty nasty state of mind. When he spoke, the other elves listened. Here's what he said:

"I've been reading a lot about knowledge–based distributors. I kind of stumbled onto them because I like to keep an eye on that Frank Hurtte guy. You know, according to our records, he has been on the good side of the naughty and nice list for over 50 years. And, if you skip over that little pouting spree back in 1962, he would have an almost perfect record. According to him, solution based distributors have some magic of their own."

Elf Pricedrop protested, "I believe in the old motto, eliminate the middleman and save. We've worked hard…" Once more Kris Kringle stopped him dead in his tracks and said. "I believe in Santa. You can stuff those old B–school sayings in a sock full of lumpy coal. We've got to save Christmas, how do we get these guys to help? Get Frank Hurtte on the line…"

A note from the author: I told you I always turned out to be the hero of the story. I can imagine some of you were shocked to learn that I have been on the nice list for a half century. What can I say, Santa and I go way back. Join us next week when we introduce the real heroes of the story – Distributors just like you! Maybe Santa Enterprises will bring you something nice; regardless of your behavior.